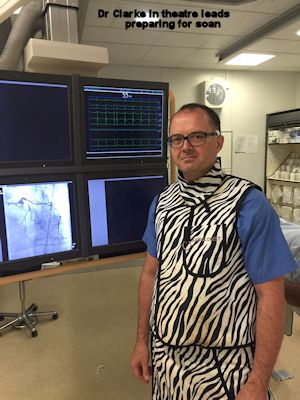 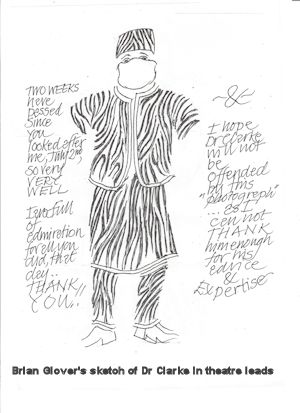 At the beginning of July, this year 2015, I was for the second time in the care of Dr. Nigel Clarke and his team in the Cardiac Department of Warwick hospital.  The first time had been twelve years ago when Dr Clarke put in a pacemaker and two leads, to provide, when required, a necessary electrical impulse to my heart. This pacemaker was checked regularly by the Medical Measurements Department at Warwick Hospital.

The checks this year revealed that the battery was low and that I was now demanding more use of the pacemaker to balance the heart’s action.  I was also experiencing less energy, walking slowly and breathless and with rounded shoulders and stoop. As a result an ultra sound scan was made.

Dr. Clarke, with these facts and the recorded information, recommended that while replacing the pacemaker was an option, because the battery was very low and the device twelve years old, I should have a different pacemaker and a third lead implanted. This additional lead would balance the action between the two parts of my heart, improving my condition.

His explanation was extremely clear and totally assuring, given what was to be an invasive operation. From my arrival in the Cardiac Department to departure was less than 7 hours. His team of experienced individual experts made me immediately comfortable and confident. Their caring was totally for me as an individual patient.  I left Warwick Hospital with a new pacemaker and the third lead and was already feeling 100% better than I had felt on arrival in the morning.

It is now three weeks since that day. I walk and sit upright and I have energy again. I cannot praise enough the team’s work and the result of Dr Clarke’s advice and skill. The total experience was without par.  I look forward to my next eighty years!!